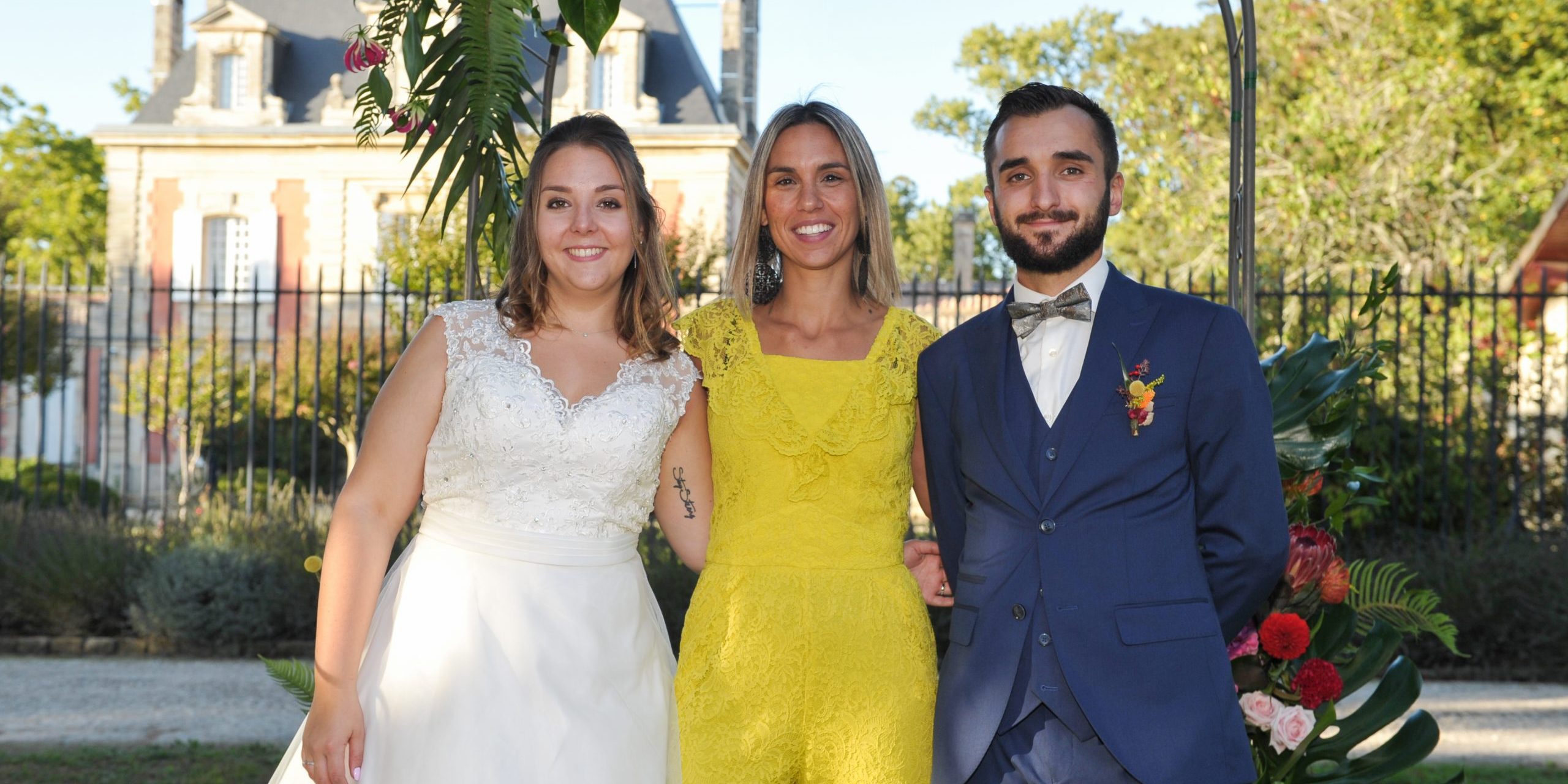 For their official secular ceremony in Gironde, Océane and Philippe decided to celebrate their marriage at Château Saint-Ahon in Blanquefort, near Bordeaux. As a Wedding Planner and certified lay ceremony official, let me tell you about this young couple’s wedding story.

Château Saint-Ahon is a family property located 20 minutes away from Bordeaux. Its A.O.C Haut-Médoc vineyard is part of the Médoc wine route. Restored in 1875 in the Louis XIII style, Château Ahon is one of the last wine estates in the commune of Blanquefort. A beautiful 145 m2 reception hall can accommodate wedding guests for meals and wedding parties. Accommodation is also available for the bride and groom and guests who wish to spend a night at the castle.

In September 2019, under a radiant sun, Océane and Philippe said yes to each other at Mérignac Town Hall during a civil ceremony. The festivities continued in the park of the Château Saint-Ahon for a beautiful secular ceremony that I had organized.

The newlyweds wanted a colourful escape and a tropical atmosphere, so they called on Green Success for the floral decoration of their ceremonial arch. Fuchsia and orange island flowers brightened up the area of the park dedicated to secular ceremonies. The bride’s bouquet was also made up of colourful tropical flowers.

The atmosphere of Océane and Philippe’s wedding was great! The newlyweds are fortunate enough to be surrounded by a loving family and loyal friends. The groom’s best friend made a very funny and all the while touching speech! It was very moving.

The relationship with the newlyweds | Official secular ceremony Gironde

It matched from the very beginning when we first met! The newlyweds and I had a great relationship and they trusted me right away. It was a real pleasure to work this way! The preparation for the secular ceremony was therefore fluid and no pitfalls were to be foreseen!

For the record, Océane is currently pregnant and the two have asked me to organize the ceremony for their child’s baptism. I am really touched and happy to support them once again in this new couple project!